In the late mid and late 1950's, Borger and Hutchinson County were experiencing an economic boom during the post war years and the community began pushing for an event center. Following the failure of a $425,000 bond election for the construction of a civic center, Borger Mayor L.D. Patton and Chamber of Commerce Manager Dave Moore saw a commercial on TV for a Kaiser Aluminum Dome. The duo felt the Dome could be a cheaper alternative to the failed civic center.

After a petition of 707 signatures was submitted to the Hutchinson County Commissioners Court, the Court called for a Bond Election on July 2, 1957. The vote passed with 598 votes for and 378 against. The opponents of the project blamed the record high temperature of 100 (remember, there was no air conditioning in 1957) that date for low voter turnout.

Over the years, the unique structure has become an iconic part of the community.  Represented on the City Seal, the Dome has been home to the Magic Plains Oil Expo, the World's Largest Fish Fry, the Hutchinson County Junior Livestock Show and the Hutchinson County Oil Patch Extravaganza (HOPE).  If your from, lived here or have family here, you have a memory of the Dome.

Ownership of the Dome was transferred to the City of Borger from Hutchinson County in late 2018. Identified as a strategic pillar by the Borger City Council, the City of Borger has begun initial planning for a complete renovation and expansion of the Aluminum Dome Facility. 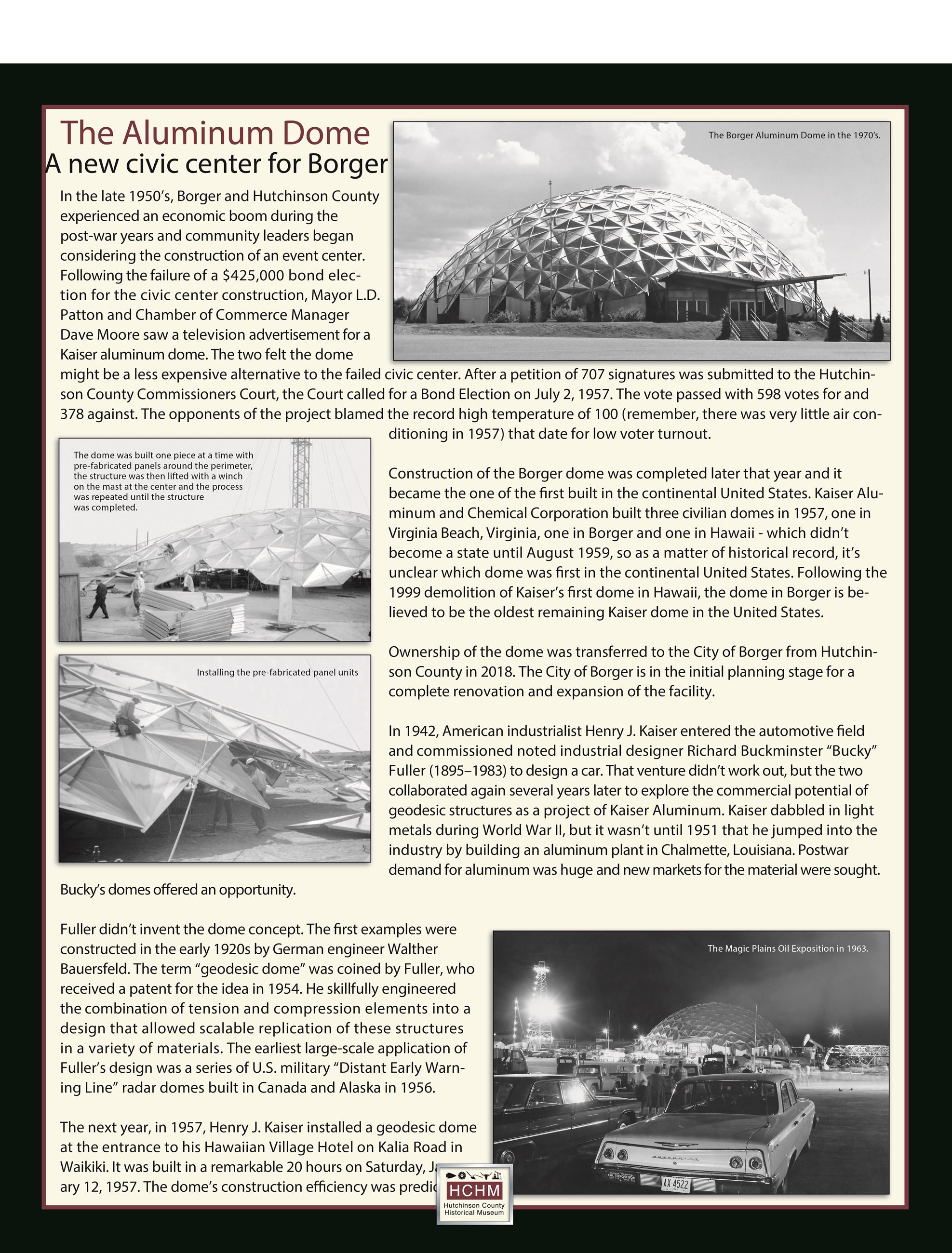