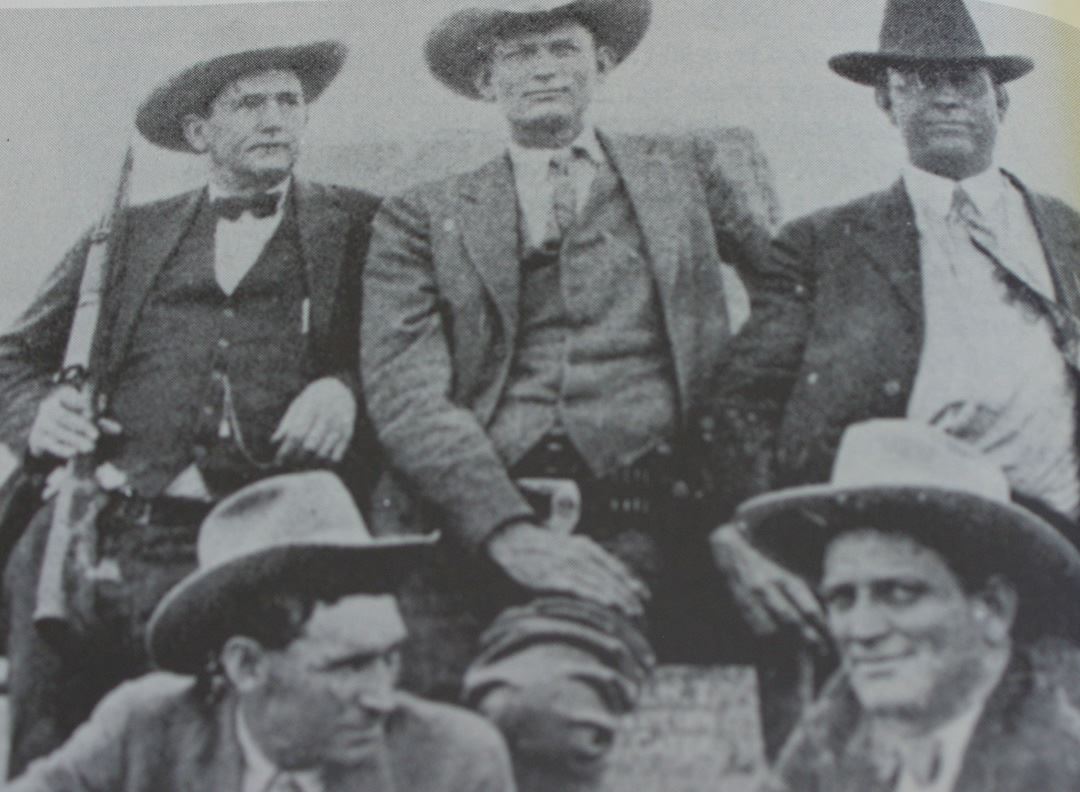 Borger, at the junction of State highways 136, 152, and 207, in south central Hutchinson County, was established by and named for A. P. (Ace) Borger, who was reputed throughout Oklahoma and Texas to be a shrewd town promoter. In March 1926, after the discovery of oil in the vicinity, Borger and his partner, attorney John R. Miller, purchased a 240-acre townsite near the Canadian River in the southern part of the county. Within ninety days of its founding, sensational advertising and the lure of "black gold" brought over 45,000 men and women to the new boomtown. In October the charter incorporating the city of Borger was adopted, and Miller was elected mayor. By that time the Panhandle and Santa Fe Railway had completed a spur line to Borger, a post office had opened, and a school district had been established. J. D. (Big Heart) Williams set up the first hamburger stand in Borger on the three-mile-long Main Street, where a hotel and a jail had also been erected. Telephone service and steam-generated electricity were available by the end of 1926. Before wells were drilled, drinking water was provided in tank wagons. The ranchers John R. Weatherly and James A. Whittenburg, hoping to cash in on the boom, established two rival townsites, Isom and Dixon Creek, next to that of Borger. Later these were incorporated into the Borger city limits, as was the oil camp of Signal Hill to the northeast. In November 1927 a fire destroyed the Dixon Creek Oil Company refinery, causing more than $60,000 worth of damage. One noted visitor to Borger during this time was the artist Thomas Hart Benton, whose painting Boom Town depicts his impression of Borger's Main Street.

Within a matter of months, oilmen, prospectors, roughnecks, panhandlers, fortune seekers, card sharks, bootleggers, prostitutes, and dope peddlers descended on Borger. "Booger Town," as it was nicknamed, became a refuge for criminals and fugitives from the law. Before long the town government was firmly in the hands of an organized crime syndicate led by Mayor Miller's shady associate, "Two-Gun Dick" Herwig. The center of this vice was Dixon (now Tenth) Street, notorious for its brothels, dance halls, gambling dens, slot machines, and speakeasies. Murder and robbery became commonplace. Illegal moonshine stills and home breweries flourished with the blessings of Herwig and his henchmen, including W J. (Shine) Popejoy, the king of the Texas bootleggers. Acting on petitions and investigative reports, in the spring of 1927 Governor Daniel J. Moody sent a detachment of Texas Rangers under captains Francis Augustus Hamer and Thomas R. Hickman to remedy the situation. Although the rangers proved a stabilizing force and compelled many undesirables to leave town, Borger's wave of crime and violence continued intermittently into the 1930s and climaxed with the murder of District Attorney John A. Holmes by an unknown assassin on September 18, 1929. This episode prompted Moody to impose martial law for a month and send state troops to help local authorities rid the town of the lawless element. This goal was eventually achieved, but not before Ace Borger was shot to death by his longtime enemy Arthur Huey on August 31, 1934.

The Great Depression also helped to propel Borger from one era into another by the late 1930s. Although Phillips Petroleum and other companies profited from the fields around Borger, prices in oil and gas dropped, ending the boom.

"Black dusters," augmented by soot from carbon black plants, turned day into night. "Okie" migrants, tractored off their foreclosed farms, were sometimes able to find jobs in the Borger plants and refineries. With the aid of the Work Projects Administration, streets were improved, and the boom shacks were replaced with permanent buildings. During World War II synthetic rubber and other petroleum products became important in the Borger area. The Hutchinson County Airport was constructed north of town in 1949. By the 1960s Borger was one of the largest centers for oil, carbon black, and petrochemical production and supplies in the state. In 1969 Borger was designated an All-American city. The advent of Lake Meredith also added to the town's economy. The population was listed at 14,000 in 1943, 17,949 in 1950, 20,911 in 1960, 14,195 in 1970, and 15,837 in 1980. By 1980 Borger had 488 businesses, including several manufacturers. In 1990 the population was 15,675. 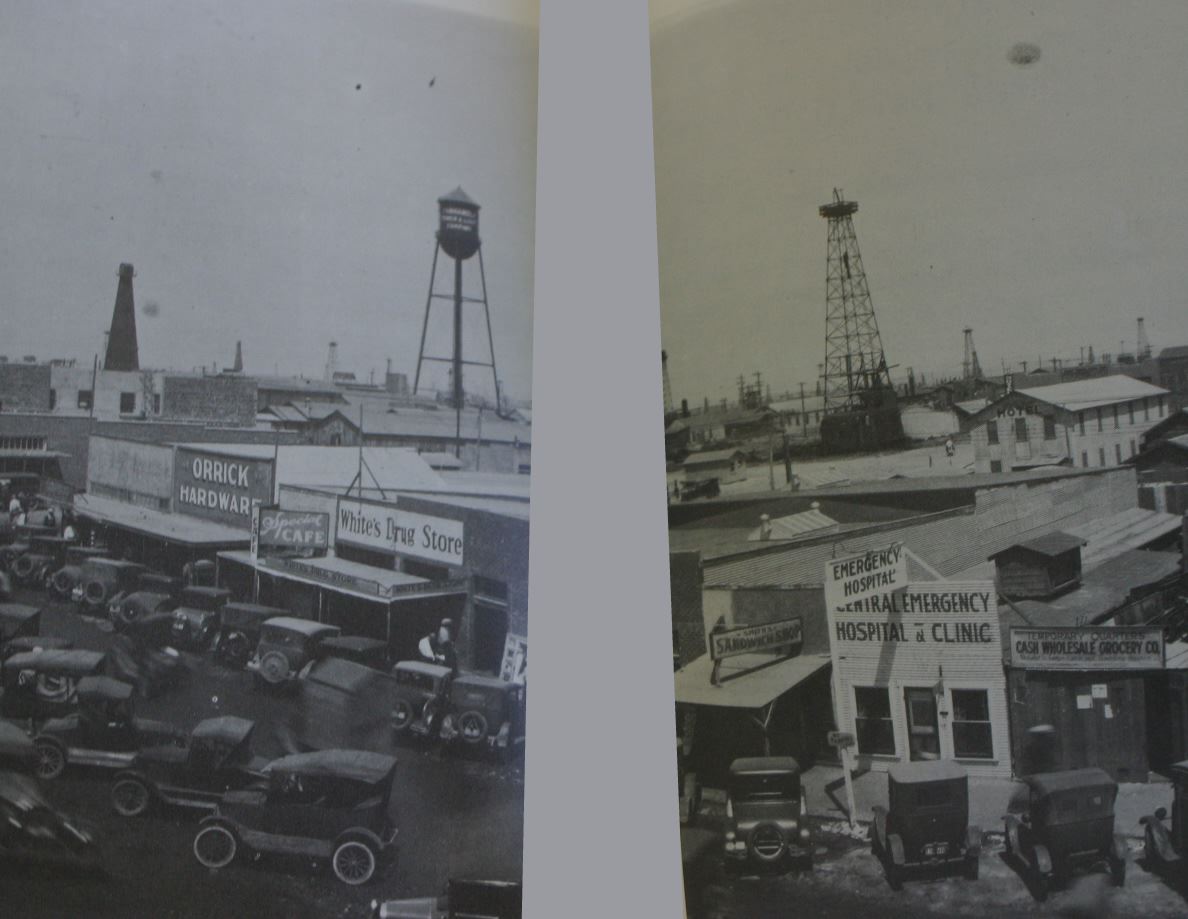 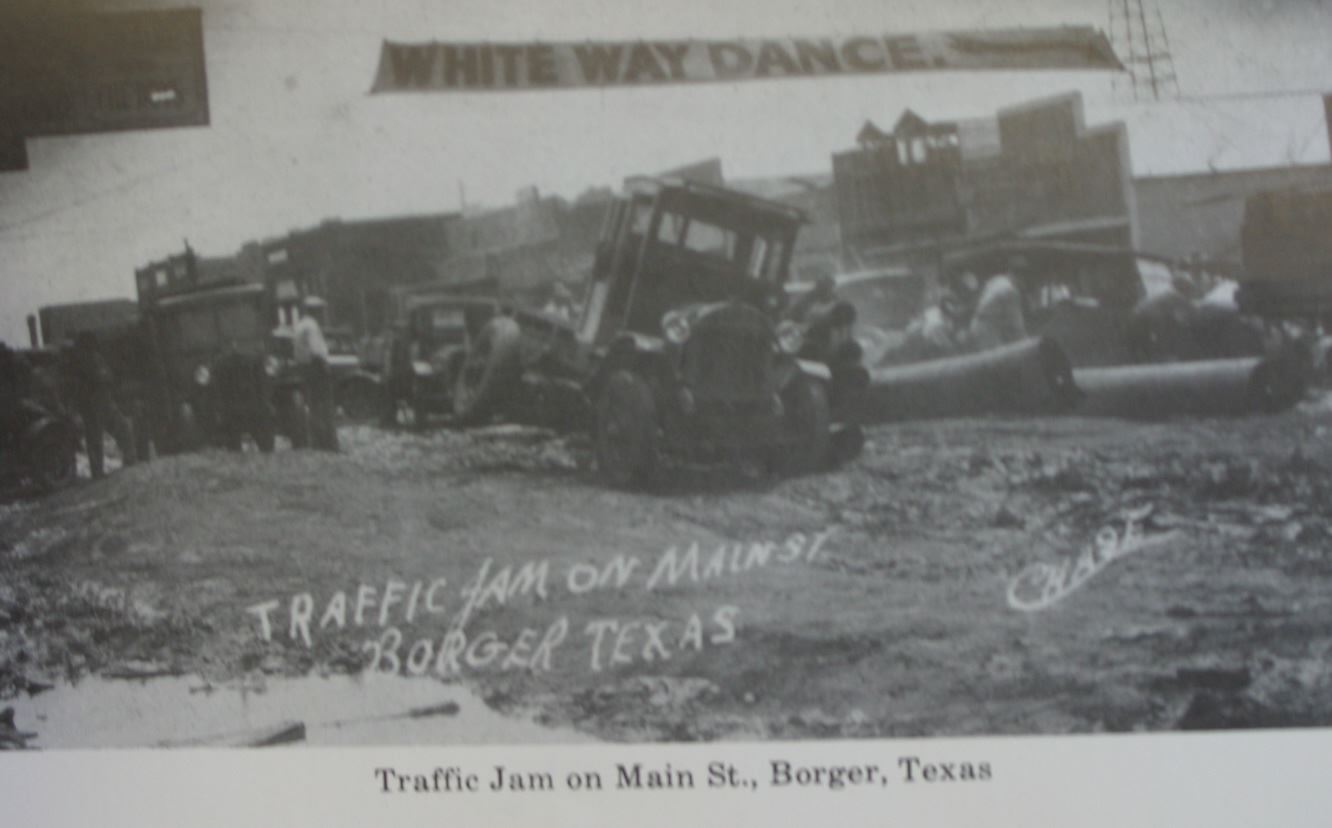 Borger remains an important shipping point for agricultural produce as well as for the petroleum products manufactured there. The community supports eight schools, fifty churches, two banks, a radio stations, twenty-four city parks, a library, a hospital, and Frank Phillips College, a junior college. The city's newspaper, the Borger News-Herald (formerly the Hutchinson County Herald), has been in business since 1926. The Hutchinson County Museum, opened in 1977, houses artifacts of the county's pioneer past. Borger is especially noted for its scale models of the buildings at Adobe Walls at the time of the 1874 battle. The annual World's Largest Fish Fry is held in Borger each June.